The Sunrise Dune is limited in species diversity. In order to increase diversity, the Muizenberg East Biodiversity Cluster team, led by Conservation Manager, Kim Gordon, conducted a flora search and rescue at a nearby school that is under development. Kim’s team comprises Jamy Fredericks (Conservation Assistant), Gasan Moses, Anda Rweqana, Darren Hare (all students) and Venetia Isaacs, an EPWP worker. On 6 September, the team planted 17 rescued plants on the Sunrise dune. Prior to planting, they also scattered ±200 seeds (Arctotis and Lampranthus). We hope that this will increase species diversity and improve aesthetic value of the dune.

Having an updated species list for any site is important for measuring biodiversity in an ecosystem and is equally as important to serve as a base for learning about the ecology of a species. Nature Connect’s conservation team at the Muizenberg East Biodiversity Cluster is regularly updating their species lists, so this past winter they conducted an amphibian survey. Site manager, Kim Gordon, arranged for an amphibian survey of Villa D’Algarve, Capricorn Business Park and Soralia Village. Accompanying Kim was Jamy Fredericks, conservation assistant, Oliver Angus (Honours student from Maties Citizen Science group at Stellenbosch University) and a helpful volunteer. Together they walked through each site at night and identified frogs and toads by listening to the audible calls. The survey revealed that there were five species present across the three sites in the cluster – namely, the Clicking stream frog, Arum reed frog, Sand rain frog, Flat caco and the endangered Western leopard toad.

On 21 September a fish trek took place inside the Villa D’Algarve wetland area with a seine net. The trek was arranged in response to the presence of bass, an alien invasive species that was, according to the South African Institute for Aquatic Biodiversity, introduced to South Africa for recreational fishing in 1937. Since then, they have established themselves well in most South African river basins and have been affecting aquatic community structures by outcompeting and preying on indigenous fish species and invertebrates.

Stephen Lamberth (Scientist at DAFF) headed up the fish capture exercise, accompanied by Kim Gordon and Jamy Fredericks, several students, EPWP staff, and Villa D’Algarve staff members. they launched a canoe into the water, dropped the seine net in true fish trekking fashion. Once suspended in the desired position, the team pulled the net toward the shore. Ten black bass were caught and placed inside a bucket for data capture, they were then humanely culled and given to the complex’s staff to cook up. 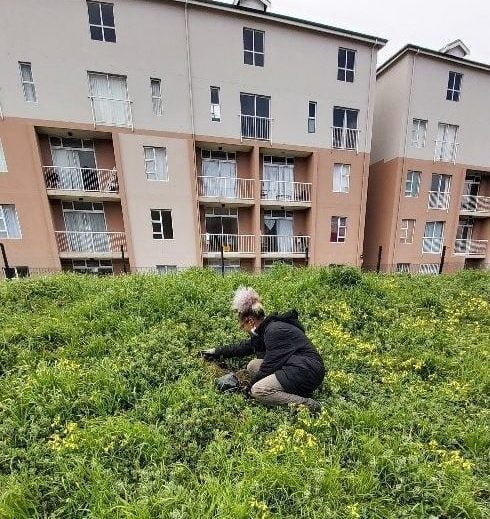 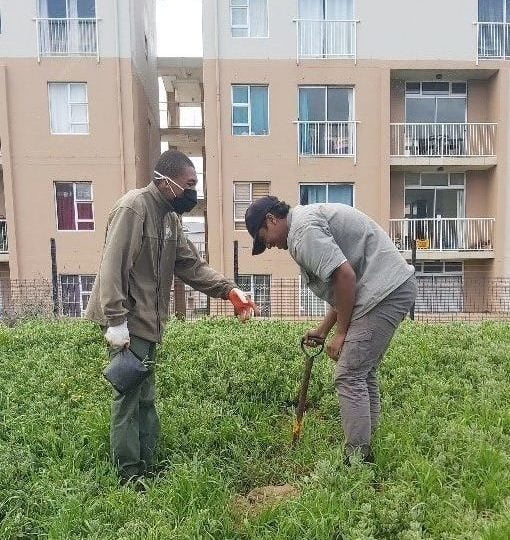 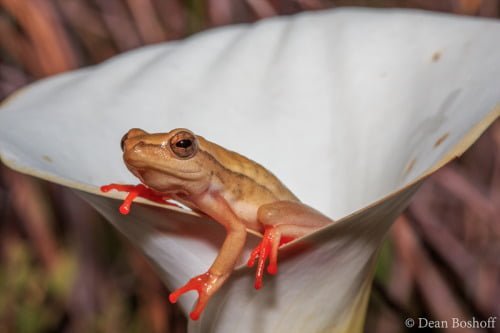 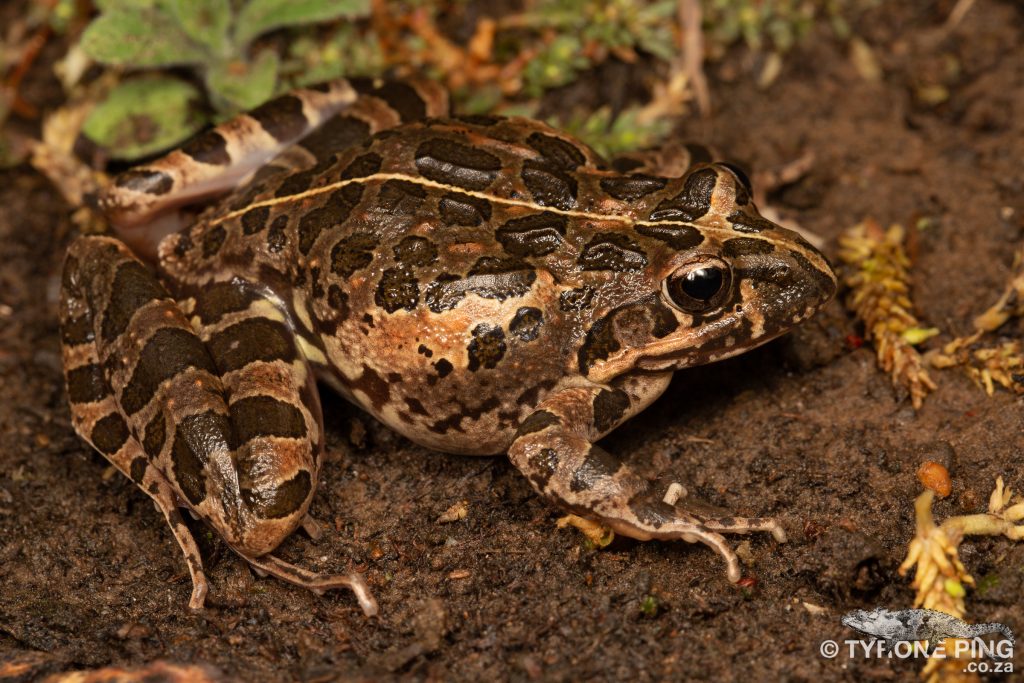 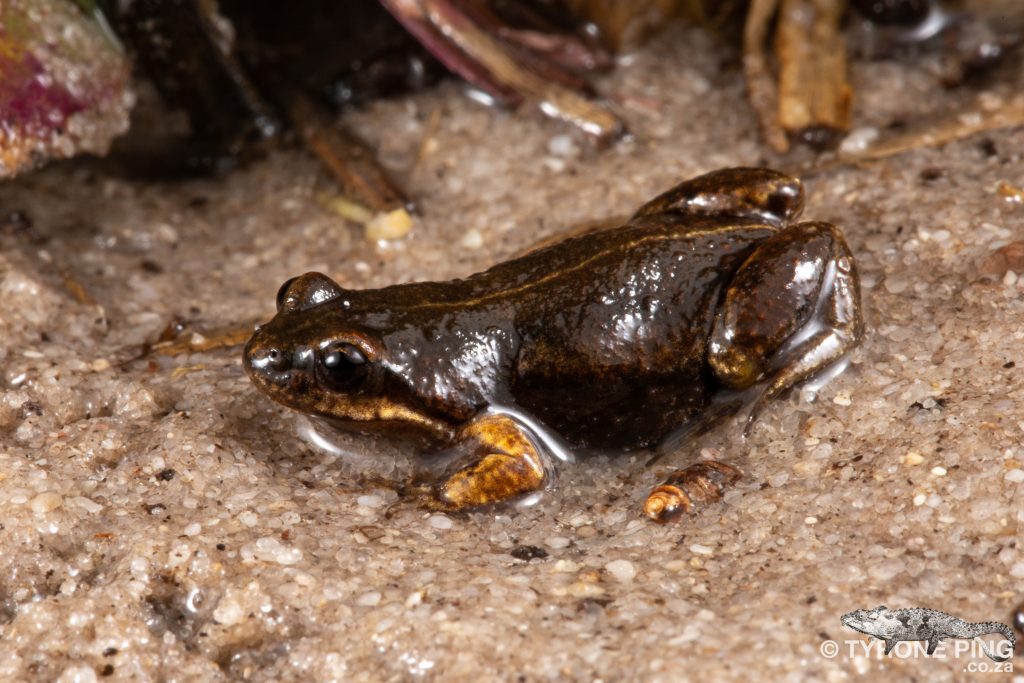 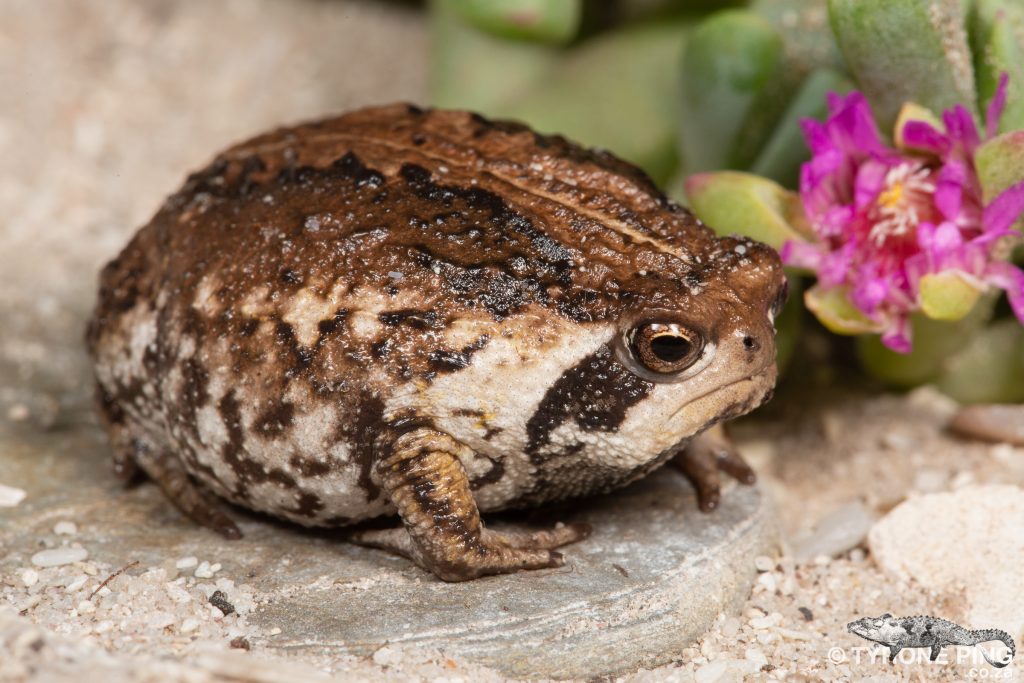 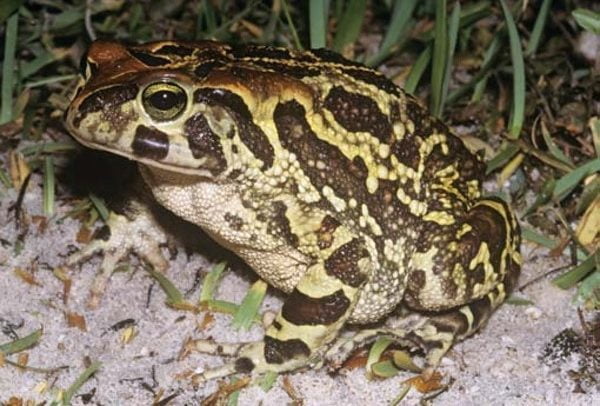 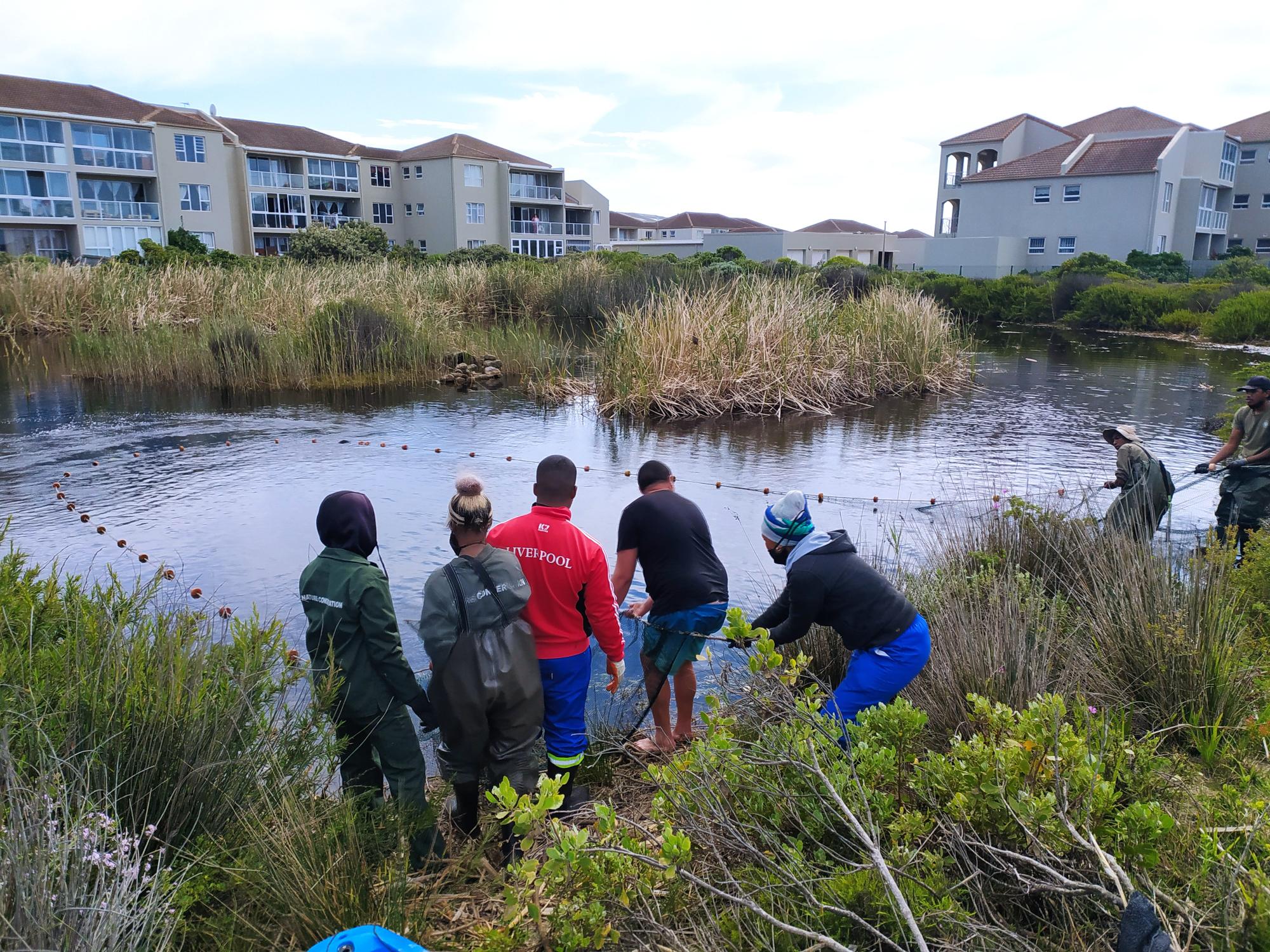 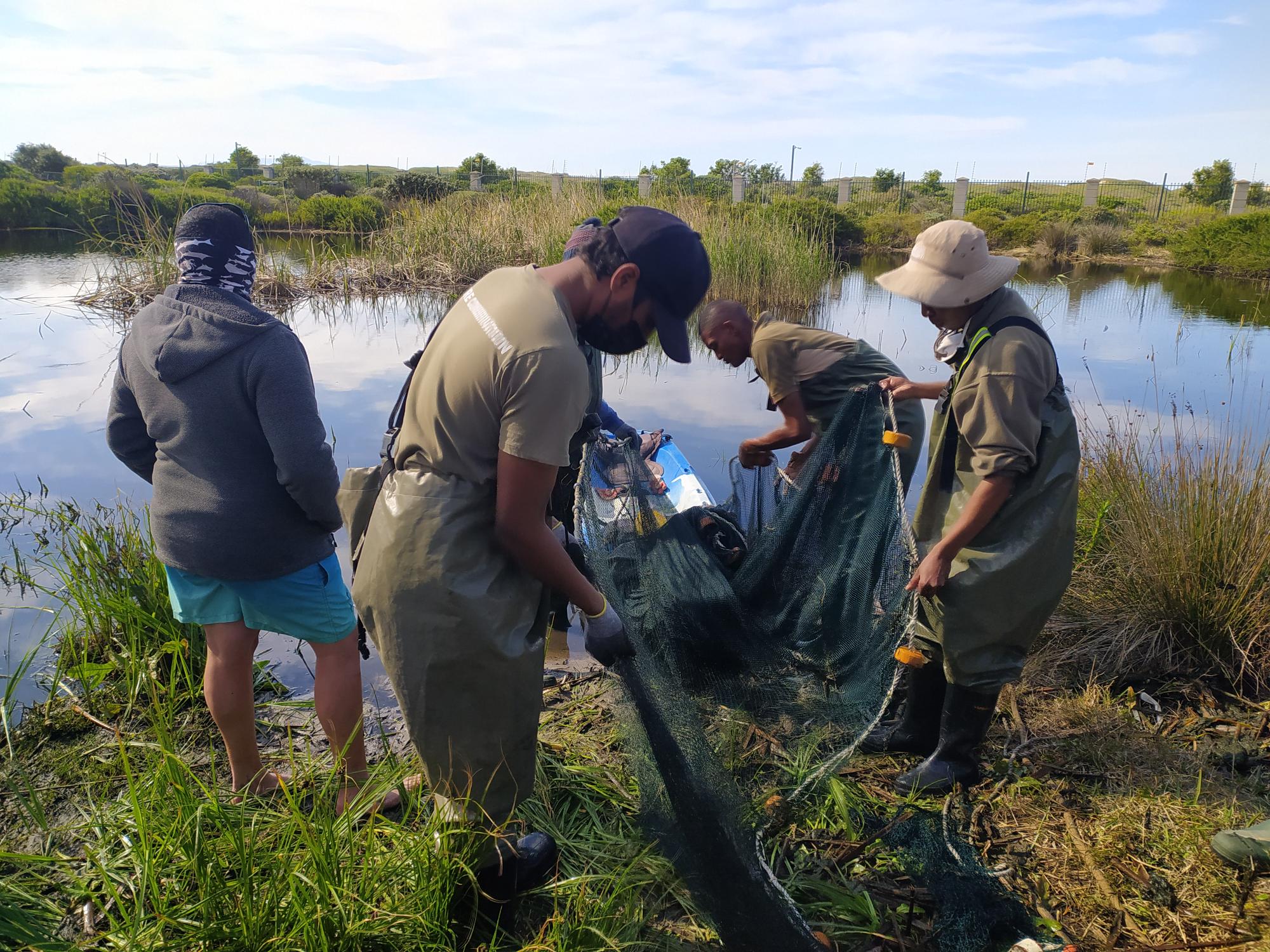 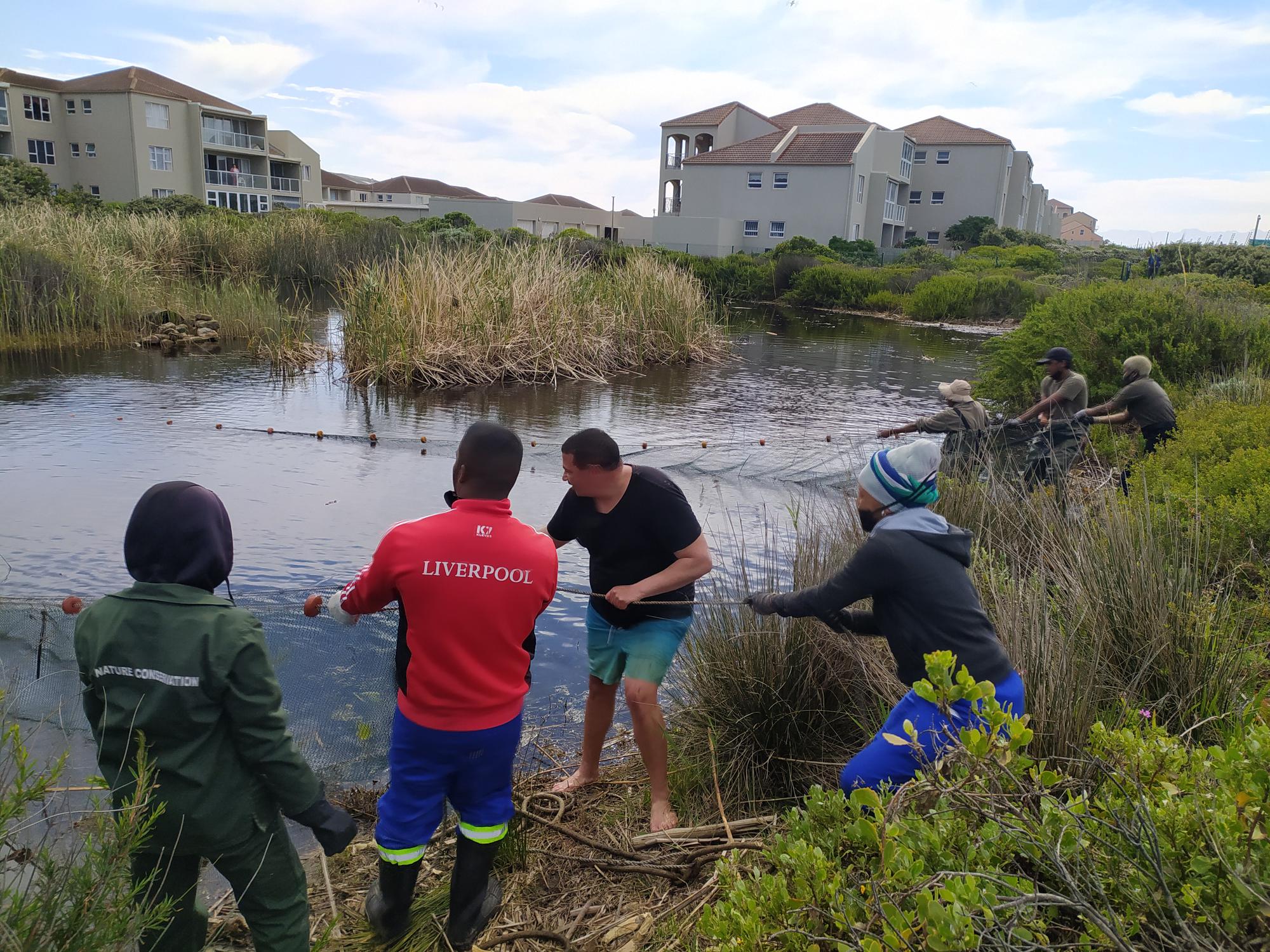